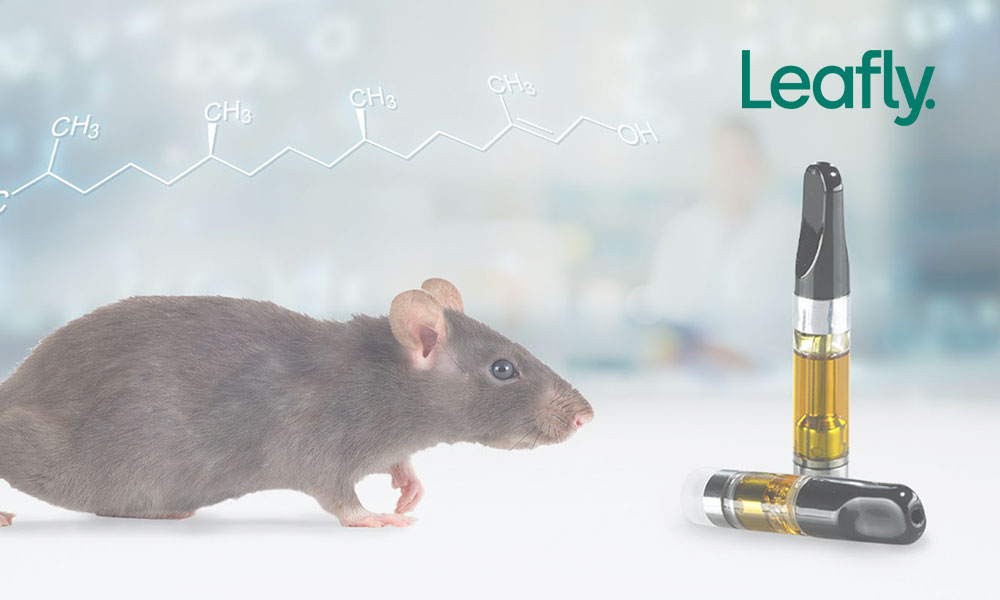 What is phytol and is it safe to vape?

On June 23, Canada’s cannabis regulatory agency, Health Canada, released a private document requested under the Access to Information Act (AIA), that country’s version of the US government’s Freedom of Information Act.

An alarming study of the vape additive phytol has rocked the cannabis vaping world.

The document in question was a 2020 safety study of the vape cartridge additive phytol. The study was conducted by Canopy Growth, one of Canada’s largest cannabis companies.

The data contained in that report has rocked the cannabis vaping world.

Phytol is a terpene that’s sometimes used to add flavor to vape cartridges, usually by adding it to a mix of cannabis oil and the common thinning agent propylene glycol.

CEO/founder of both Panacea Plant Sciences and Ziese Farms, Heldreth first grew concerned about phytol in August 2020 when Tokyo Smoke, the chain of Canadian cannabis stores owned by Canopy Growth, suddenly pulled all vape cartridges that contained phytol from its shelves.

“I wouldn’t use a product that contains it.”
– David Heldreth, terpene scientist, regarding phytol

After filing an AIA request with Health Canada (which regulates cannabis nationwide), Heldreth finally received the full study in June of this year. Its contents floored him. The data was far worse than he imagined.

Phytol, according to the data in the study, appeared unsafe to inhale. When he spoke recently to Leafly, Heldreth made his opinion very clear: “I wouldn’t use a product that contains it.”

Jump to a section

Why is phytol a concern?

Since the 2010s, humanity has engaged in a massive, uncontrolled field trial of electronic drug-delivery systems known as vaporizers.

“This is something we should be sounding the alarm on.”
– Kyle Boyar, KB Consultations

In 2019, simmering quality control issues with illicit THC vape pens boiled over into a public health crisis. Vape consumers across America fell sick with what became known as VAPI, or EVALI, a lung distress that injured 2,807 people and killed 68 of them over a period of about six months. Leafly’s investigative reporting helped expose the culprit: vitamin E acetate, which had been added to illicit vape cartridges to boost profits.

The Centers for Disease Control stated the number one thing state regulators should do to prevent future outbreaks was “ensure chemicals of concern didn’t enter the vapor supply.”

State regulators have not heeded the CDC’s advice. Few states have instituted any rules around the ingredients in cannabis or tobacco vape cartridges, aside from attempting to ban flavored carts—a move aimed at preventing minors from vaping, and not done out of concern for the health of adult vapers.

“It’s very risky, some of these ingredients,” said Strongin. “It’s just a shame we don’t know more about them.”

Given that cautionary experience with vape cartridge additives, Leafly asked experts to take a look at the raw phytol data from the Canopy study, and answer an urgent question: Is phytol safe to vape?

Phytol is a diterpene alcohol that appears naturally in trace amounts in raw cannabis plants. It’s an aromatic plant oil, though it’s not a pleasant-smelling one. It can smell grassy in its natural state. Synthetic phytol, which is more commonly used in commercial applications, is odorless.

Outside the cannabis industry, phytol is used as a chemical in products like shampoos, household cleaners, and detergents.

In the cannabis industry (both legal and illicit), vape cartridge manufacturers can use phytol to dilute pure cannabis oil. It’s part of a class of cheap diluents that are most often used by vape cart makers in the illicit market, because illicit carts contain no lab-verified potency data on their labels.

Using phytol to cut cannabis oil in a state-licensed vape cart makes less economic sense, because licensed manufacturers are required to print their lab-verified THC levels on the cartridge package. Thus, a consumer can easily see that a cartridge thinned with phytol contains less THC than a competing product.

Phytol is not difficult to obtain. It’s a colorless or pale yellow liquid sold as a wholesale product to almost anyone who wants it on the internet. In fact, phytol is just a Google search away for anyone with a credit card and a delivery address. It sells for about $100 per liquid ounce, comparable to cannabis oil, but far more available. Phytol allows dealers to stretch their supply of THC oil further, experts said.

Dominic Black, lead account manager at Infinite Chemical Analysis Labs in San Diego, CA, explained, “For example, if someone has 50 liters of [cannabis] distillate and mixes it with 50 liters of phytol, they now have 100 liters of product to sell.”

In illicit markets, where lab-verified THC potency isn’t required, consumers don’t know they’re getting a diluted product—and one that may harm their lungs.