Quality Assurance – QA – is the process of verifying whether a product meets required specifications. Many companies use QA testing to gain insight on their current products or to create new systems that will help them maximize their intended goals. Most often, the goal is to prepare a product for State Compliance Testing. QA testing is an advantageous asset in a compliance-regulated industry, which is why we offer the same tests needed at the compliance level a la carte. Clients can pick and choose different tests individually from our menu depending on your testing focus. 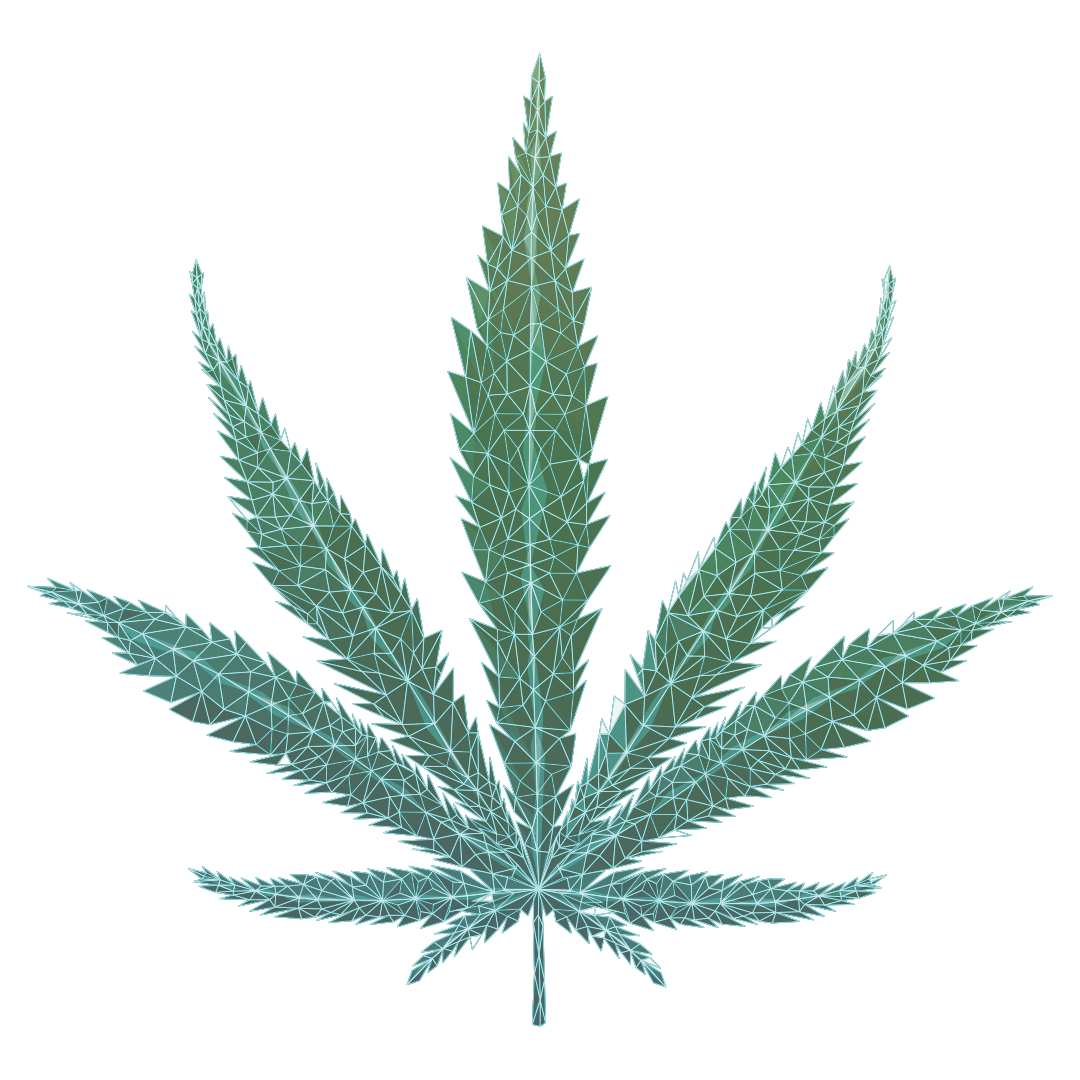 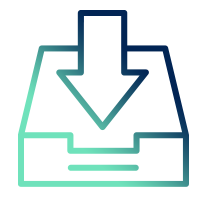 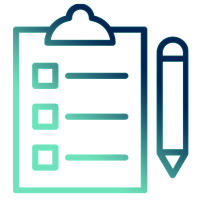 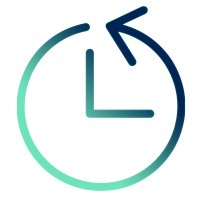 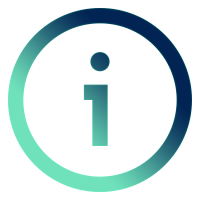 Our cannabinoid potency test provides quantitative information on the active cannabinoids present in a sample.

There are dozens of different types of cannabis products, and a number of them require the use of one or more processing solvents during production.

Vitamin E Acetate Test can determine the presence of this potentially harmful additive in  vape products.

Terpenes are naturally existing small organic molecules produced by a wide variety of plants, including cannabis.

Microbial Testing is a vital component when it comes to ensuring any major consumer product is free of bacteria and mold that could potentially cause illness.

The measurement of water activity is a key parameter in the quality control of moisture-sensitive products or materials.

Just as humans have X and Y chromosomes, cannabis also has a system that determines the plant’s gender.

Because Pesticides are used in the cultivation of cannabis and hemp, they need to be tested for in every product.

One of the most prominent dangers to consumers can come in the form of mycotoxins found on or in the cannabis plant and its extracts.

The state requires that all cannabis samples be thoroughly inspected using a microscope and visual inspection.

InfiniteCAL is a fully licensed MRA and ISO/IEC 17025 accredited cannabis testing lab. Regulatory compliance testing is a state-mandated requirement for all cannabis products sold in the State of Michigan.

The Colorado Hemp industry can now count on InfiniteCAL for accurate, reliable, and constant lab results for their compliance testing, as well as any quality assurance testing.

We accept drop-off samples M-F 8 am-7 pm at our lab located in Jackson area and samples sent via FedEx and UPS.

Each product requires a different amount of sample per QA test. General guidelines are listed as follows: 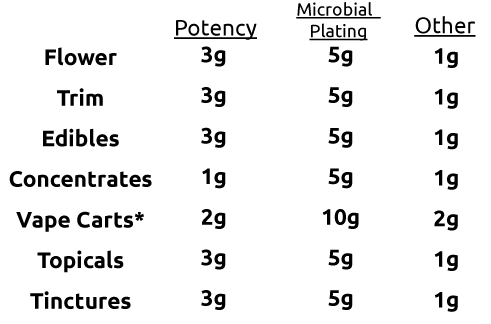 These are general sample minimums. Science is not always perfect, and we may need to request more to verify results. If you feel comfortable providing more sample material than requested, we will not decline. InfiniteCAL recommends always providing a representative sample of the entire harvest or production batch

Results are available wherever you are. Our third-party reporting platform allows 24/7 access to your sample results, unique QR codes, features for sharing COA’s with buyers, and analytical data mining.

Our turnaround for QA testing is 2-4 days, which we meet or exceed with a 97% success rate. Expedited options are available for those who need their results by the next business day. 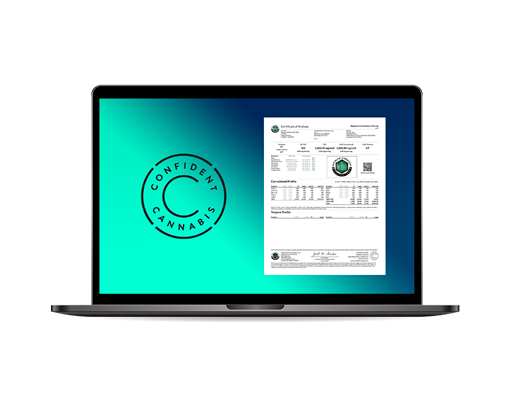 Our potency test provides quantitative information on up to 19 cannabinoids, including phytocannabinoids and synthetic cannabinoids.

Cannabinoids we test for:

How we Analyze Cannabinoids

We test for cannabinoids using Ultra High Performance Liquid Chromatography (UHPLC), which separates the cannabinoids and other organic molecules on a column based on interactions with the stationary phase. They then flow through a diode array detector (DAD) which examines parts of the UV-Visible spectrum where the organic compound absorbs light. Depending on the intensity of the absorption, we can analyze the concentration of the cannabinoids present. For more information about cannabinoid potency testing, please refer to pg. 26 of the MRA Regulations.

Moisture content directly affects potency levels. While the MRA requires that potency is reported by wet weight, ICAL performs this test free of charge on any plant material submitted for potency.

Terpenes (as well as flavonoids) influence the aroma and flavor of these plants, including cannabis. Over 100 terpenes have been detected in cannabis, resulting in countless combinations of smells and flavors.

How We Test For Terpenes

We test for the most common cannabis terpenes using Headspace Gas Chromatography-Mass Spectrometry (HS-GCMS), enabling us to extract and identify each terpene found in a sample. For more information about terpene testing, please refer to pg. ____ of the MRA Regulations.

Terpenes We Currently Test For: 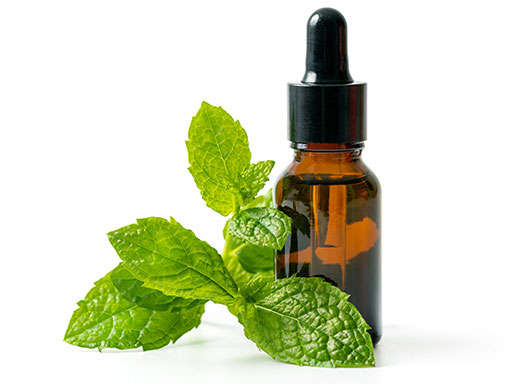 Consumer safety is our number one concern. Because growers can use pesticides during the cultivation of cannabis and hemp, they need to be tested for in every product. The MRA requires that all cannabis products sold for consumption be screened for a variety of pesticides.

How We Screen For Pesticides 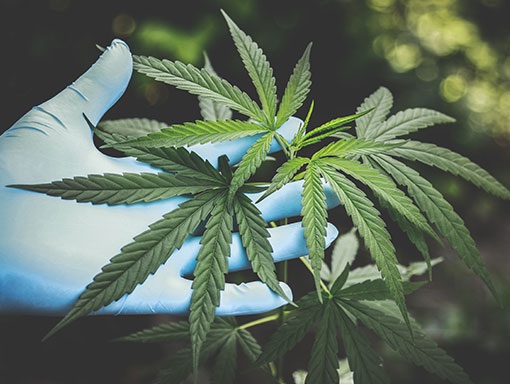 Pesticides We Screen For:

In general, the processing chemicals used to make most cannabis products are harmful when ingested or inhaled. Residual Solvent screening is the only way to ensure that these products are safe for consumption.

How We Test For Residual Solvents

We use Headspace Gas Chromatography-Mass Spectrometry (HS-GC-MS) to quantify the 20 solvents deemed most prevalent and/or harmful by the MRA. For more information on residual solvent testing, including the action level of each analyte, please refer to pg. 30 of the MRA Regulations.

Solvents We Test For: 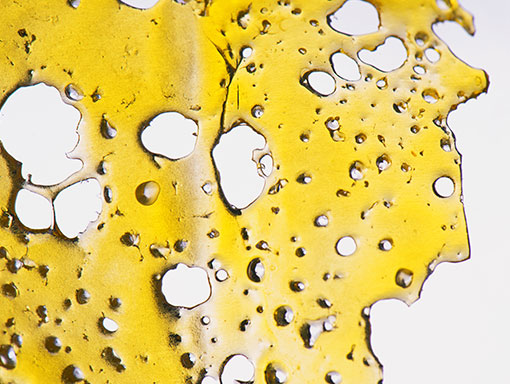 How We Test For Microbial Growth

We use two different methods to test for microbial growth:

The first method is plating, which allows us to identify the total colony-forming units per gram of sample. This well-vetted technique has been utilized for over a century to provide an estimate of the total bacterial or fungal cell concentration within a sample. This method can test for yeast and mold and coliforms. MRA regulation requires Yeast and Mold incubations of at least 72 hours, and has different limits for AU/MED materials as seen on pg. 33 of the regulations.

The second method involves quantitative polymerase chain reactions (qPCR) to determine the presence of harmful microbes within a sample. The process begins by adding a nutrient-rich broth to the sample, making it the perfect living condition for any microbes to grow after an incubation period. For example, salmonella and Shiga toxin-producing E. coli (STEC) require a minimum of 18 hours incubation, while the mold, Aspergillus, needs at least 24 hours of incubation before testing can begin. These extended incubation periods give the microbes (if present) adequate time to grow and replicate to produce enough DNA for our instrument to detect. After the samples are brought out of the incubator, we use validated methods to begin DNA extraction from each sample. After DNA extraction is complete, each sample is set onto a plate that the qPCR instrument will read and use fluorescence to verify the presence of an analyte.

We Currently Offer qPCR Analyses For Microbial Detection Of:

We Offer Custom Microbial Plating For: 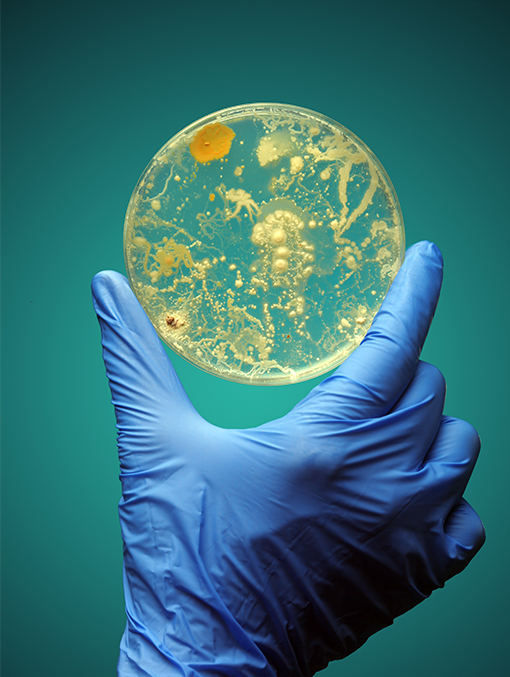 Mycotoxins are a secondary metabolite produced by fungi and some molds that readily colonize crops and can cause major health issues for consumers.

How We Test For Mycotoxins

We use Liquid Chromatography with Tandem Mass Spectrometry (LC-MS/MS) to test for four Aflatoxins and Ochratoxin A. This is not required for regular testing by the MRA, but is available upon request.

Mycotoxins We Test For: 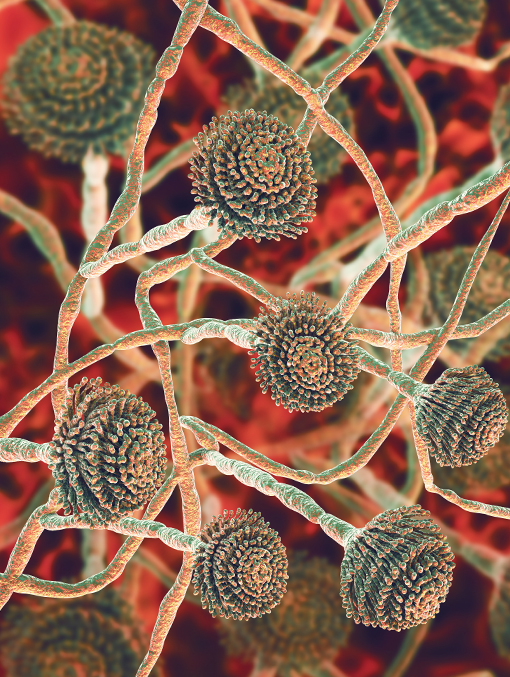 Cannabis plants are more susceptible to heavy metal contamination because they are in a unique class of hyperaccumulating plants that can tolerate uptake of significant levels of heavy metals from soil before their growth cycles are negatively affected. Thus heavy metal testing is vital to ensure consumer safety.

How We Test For Heavy Metals

ICAL uses a state-of-the-art technique called Inductively-Coupled Plasma-Mass Spectrometry (ICP-MS) to quantify these metals.  ICP-MS is a highly sensitive technique that detects analytes down to the Part Per Trillion (ppt) range. Typically, a sample is fully digested in a microwave apparatus, diluted, and then injected into the ICP-MS instrument. The sample is then ionized in an inductively coupled plasma flame that reaches temperatures between 6,000K and 10,000K (comparable to temperatures on the Sun!). The resulting ions are separated and quantified by their mass-to-charge ratios (m/z) in a mass spectrometer. For more information on heavy metal testing, including the action level of each analyte tested, please refer to pg. 31 of the MRA Regulations.  Current MRA regulations require quantification of arsenic, cadmium, chromium, mercury, and lead in all cannabis and cannabis-derived products. Additionally, nickel is required on all inhaled products and copper on all vaping products.

Heavy Metals We Test For: 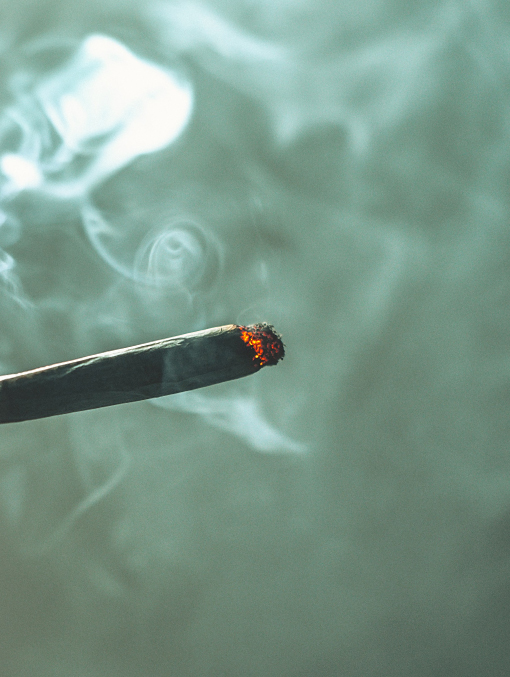 If there is too much water in a product, there is a risk of microbial growth and water migrations. This can lead to clumping, changes in consistency, and reduced shelf-life.

How We Test For Water Activity 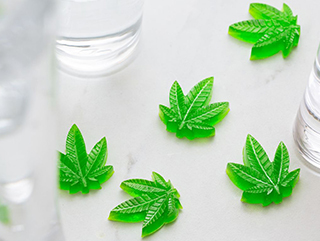 Foreign material can include hair, insects, excreta, or any related adulterant that may be hazardous or cause illness or injury to the consumer. For more information on foreign material inspections, please refer to pg. 31 of the MRA Regulations. 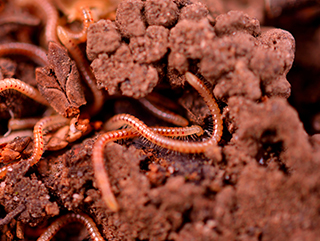 Vitamin E Acetate is a popular diluent & thickener commonly found in illicit vape products. While Vitamin E acetate has been used in dietary supplementation and in the cosmetics industry for years, inhaling the lipid can cause serious lung injury. While there are currently no California regulations regarding testing for the diluent, we highly recommend running this test when sourcing your distillate to protect your consumers and enterprise.

How We Test For Vitamin E Acetate

We’ve established a fully validated method to test for vitamin E acetate using Liquid Chromatography Triple Quadrupole Mass Spectrometry (LC-MS/MS). This test is provided free of charge for all concentrates, although it is only required for Vape Concentrates by the MRA. 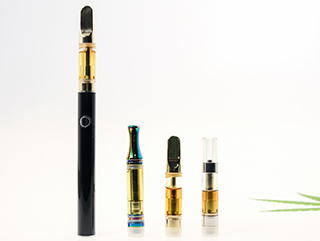 However, figuring out genetically the gender of the plant is not as simple as looking for an X and Y.

Luckily, the specific genetic sequence that differs between female and male plants can be identified using quantitative polymerase chain reactions (qPCR) to determine the gender of any plants with 99% confidence.

How We Determine Gender

When a sample is brought in for gender identification, qPCR analysis determines if the plant is female or male. First, a small hole is cut out of the plant’s leaf and added to a lysis solution to destroy the plant cell walls, exposing the DNA. After isolation of the DNA, it is transferred to another plate that contains reagents to amplify and cause the sample to create a fluorescent light that our qPCR instrument then quantifies and determines the gender of the sample based on the amount of fluorescence. 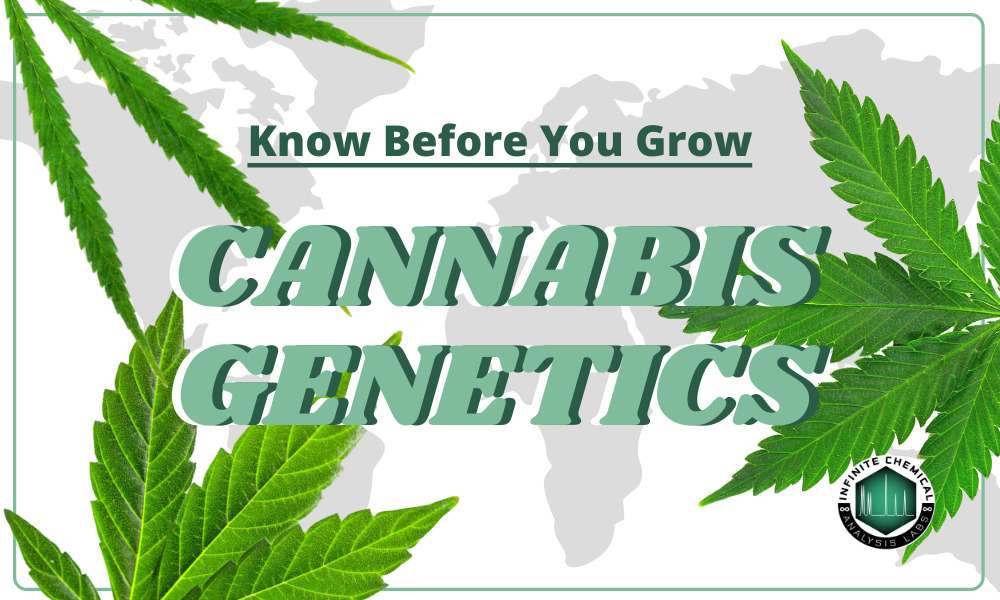