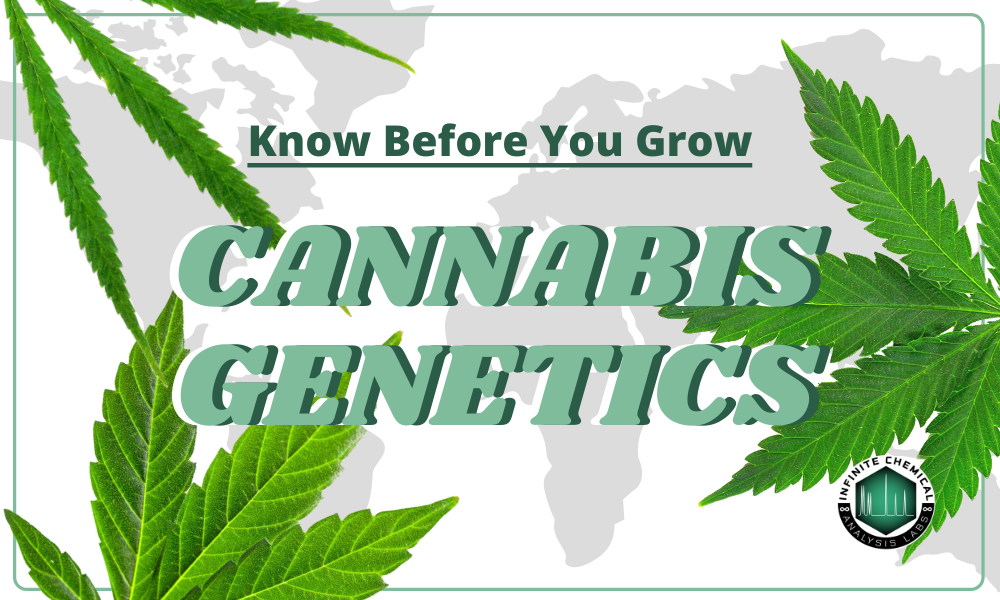 “Good weed comes to those with money.

Better weed comes to those with friends.

Best weed comes to those who grow.”

Whether your growing for retail, manufacturing, or padding your own supply, knowing how to cultivate cannabis can be an invaluable asset with quite a rewarding payout! But before you can begin gathering your materials and getting your hands dirty, you should first understand what type of cannabis strains will work best in your environment. While all cannabis varieties are interfertile and can be crossed to create new strains, different strains have distinct morphology and characteristics, growth requirements and applications.

Commercial cannabis varieties are largely indica- or sativa- dominant hybrids. Hybrids allow cultivators to take the properties of two dissimilar species and cross them to get a desired trait, such as mold resistance, frost tolerance, or high cannabinoid production.

Depending on the strains you choose to grow, it is important to acknowledge where the strains originated from in order to fine-tune your practice for that particular cultivar.

While most cultivators are familiar with the three most common distinctions between cannabis plants, there are actually 5 subcategories of landraces. Landraces are populations of cannabis that have adapted to specific geographical regions, in isolation from other populations.

Plants under this category are most commonly referred to as “Indica” and are characterized by their short stature, broad leaves, high cannabinoid and terpene production, and copious resin production. As the Latin name suggests, BLD types are generally agreed to have originated either on the Asian subcontinent or possibly in Afghanistan- hence the high resin production, which protects the plants from excessive heat and frigid temperatures common in these regions. When it comes to aroma, indica strains tend to emit musty, earthy, and skunky odors due it’s terpene profile- β-myrcene, α-pinene, and camphene are the three common terpenoids found in these strains. Jean-Baptiste Lamarck, a French naturalist, was the first European botanist to classify this type in 1785.

At one time Indica strains typically contained around 15-18% total THC. However, with modern and improved cultivation methods some strains have been tested at over 30%, putting these strains’ cannabinoid content on par with Sativa strains.

The Latin name may be a bit misleading, but NLD types are more commonly called “Sativa” in the commercial cannabis industry. Technically speaking, however, all THC- producing varieties of cannabis are indicas.

NLD types originate from Central and South America. This strain of cannabis is typically distinguished by its long, thin leaves, lighter color, and tall, airy buds. Plants can grow up to 20 ft tall when cultivated outdoors.

The THC of a Sativa strain will contain between 19-25% total THC while exhibiting sweet, fruity and/or spicy aromas from terpenoids such as α-terpinolene, limonene, and Linalool.

BLH types are found in certain parts of East Asia above the 40th parallel. Because they do not produce high amounts of cannabinoids,  BLH crops are most commonly used for fiber and seed.

NLH types The term sativa simply means “cultivated” and describes the common hemp plant grown widely across Europe in the 1700’s. Native to Europe and western Eurasia, NLH types have been grown for centuries as a fiber and seed crop, and were introduced to the New World during European colonization. Although it is the only “sativa” in the bunch, NLH types do not produce high amounts of cannabinoids or terpenoids.

Ruderalis are most likely feral, escaped populations of cultivated European hemp which have adapted to their cold environment by expressing autoflowering characteristics. Ruderalis landraces are found north of the 40th parallel, exhibit excellent mold and frost resistance, have a very short flowering cycle and produce small, thin flowers with low cannabinoids and terpenes. These landraces are not very common in the commercial genepool, but hybrids with the ruderalis’ autoflowering characteristic are becoming more widely available. Because these strains flower based on the age of the plant- not the light cycle- crops can be grown year-round without the need for artificial light or light deprivation.

Know Which Genetics Work Best for Locations and Grow Technique.

Indoor cultivators have the advantage of being able to control almost every aspect of their environment, from the light cycle to temperature and humidity levels. However, the one thing these growers must consider when choosing genetics is space. An indoor grow may not be able to accommodate a 20 foot sativa plant!

The vast majority of commercial cultivars bred for indoor grow rooms are Indica-dominant (but almost all contain some sativa lineage). Indica-dominant hybrids are preferred for their short stature, quick flowering cycle, dense flowers and copious resin, so growers can get the most out of their limited space.

Outdoor cultivators are limited to the strains they can grow because of the lack of environmental control. Without lights, humidifiers, dehumidifiers, and fans, growers must consider which genetics will work best in their given climate.

Varieties that perform well in cool climates originated in cool climates, and vice versa. This is one reason why indica strains and indica-dominant hybrids are so popular in commercial varieties, as the majority of sales take place in Europe and North America. If these varieties are grown in climates that are too hot, too humid, or experience an ample amount of rain, mold will likely be an issue.

Sativa strains, on the other hand, will perform worse the further they are from the equator. If you’re growing outdoors in a tropical climate, opt for tropical varieties unless you can add supplemental light. You may also need to provide shade if temperatures are extremely high (over 90F).

Sativa strains and hybrids require more time, space and energy for a successful crop. The payout is large, sparse flower clusters with fragrant aromas and a more uplifting high when consumed.

It is essential to keep in mind that sativa strains can exhibit indica characteristics and vice versa- with excessive controlled breeding, commercial genetics have become difficult to trace back to the original parent plant(s). The only true way to tell how a strain will grow is by growing it, especially if the origins are unknown. The best cultivators keep detailed notes throughout the first few grow cycles of a new strain in order to continuously customize and perfect the practice.

Genetic Mapping and the Future of Cannabis

More recently, cultivators have been examining cannabis at a chromosomal level, selecting exceptional characteristics and ‘mapping them’.Having mapped genomes of an organism gives scientists and breeders alike a better understanding of which genes are responsible for outwardly expressed characteristics. Now with the genome map providing more precise information on the species’ genetic makeup, researchers expect the map will speed up breeding efforts to create new strains with desired medical properties as well as varieties that can be grown more sustainably, or with increased resistance to diseases and pests. Researchers are currently developing a biodiversity map of cannabis found throughout the world.