An illicit-market vape cartridge buy-back program set in motion by Platinum and Miramar, Calif.’s Mankind Dispensary has revealed that the majority of unregulated vapes collected are unfit for consumption.

During the month of September, Mankind’s customers were invited to turn in vape cartridges that had been purchased from sources other than a legal cannabis dispensary in exchange for a Platinum vape cartridge.

“Our partner, Platinum Vape, came to us and said, ‘We want to do something about this vape crisis and we want to learn a little bit more,’” John Butters, VP of Strategy for Mankind, tells Cannabis Business Times. “We had similar goals. We heard about some of the scary things that are out there in some of the illicit-market vapes and some of the problems they were causing, and we wanted to get an idea of how it was affecting our local community. So, we said yes, and we allowed customers to come down with any illicit market vape they had and [they] could trade it in with a small cost for a Platinum vape cart. There has to be a small cost for it to be legal.” 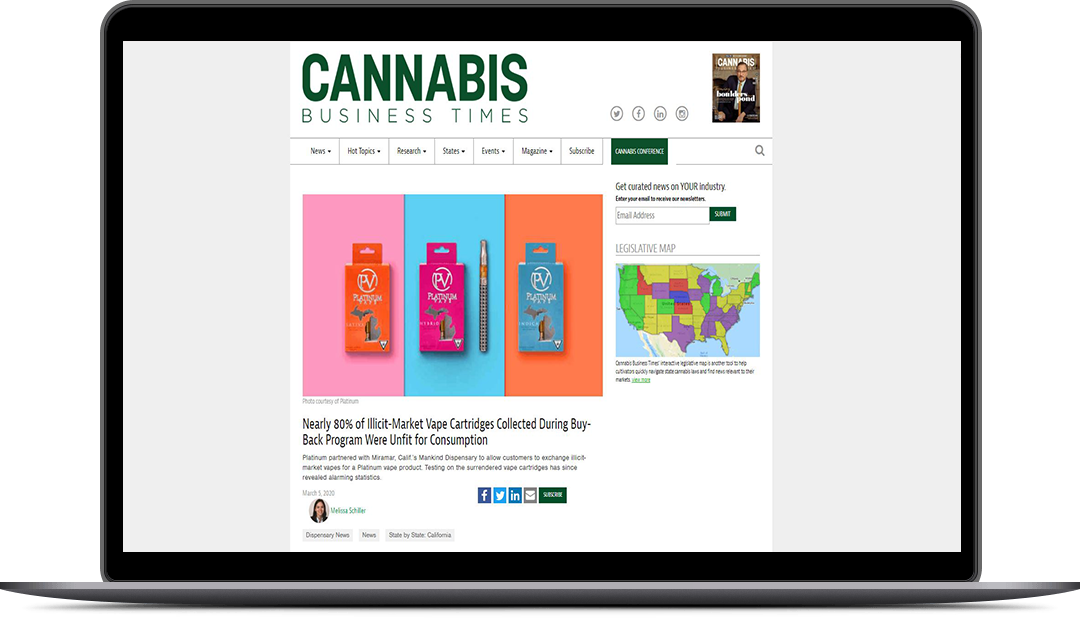 ← Prev: California Lab Finds 80% of Illicit Vape Cartridges are Tainted Next: A Session with Cameron Matin: Director of Accounts →